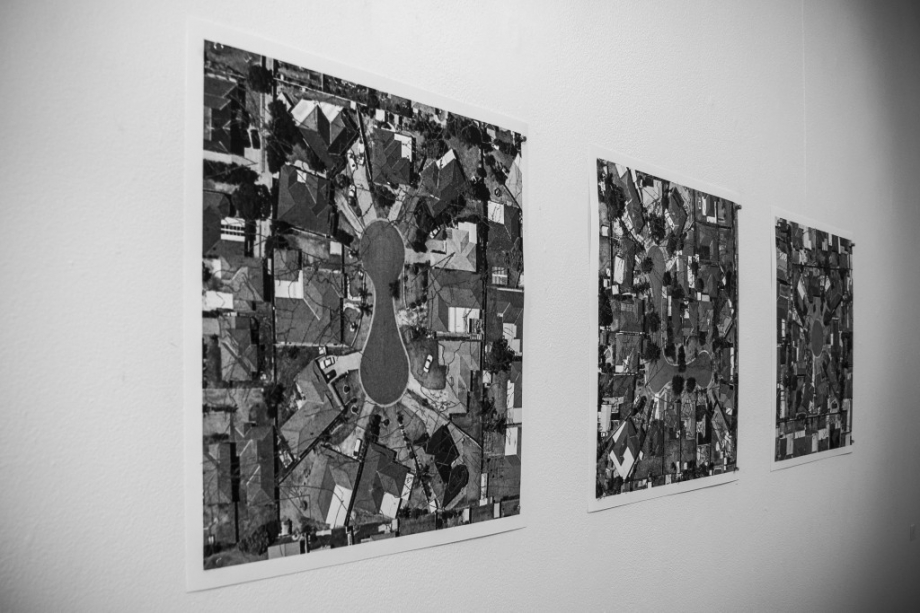 The work Subjective Suburbia is an attempt is visually map out these citizenry paths and illuminate the presence of subjectivity within the pre-planned maps of the cities spaces. Subjective Suburbia is my first collaborative project and my first finished work of my Honours year, the work is a collaboration with photographer and fellow Honours student Lee Adele. Adele uses Photoshop to edit the original landscape to create places that go in circles, physically and emotionally. The photographed image was overlaid with a screen printed layer that essentially floats over the pre-planned map of Adele’s aerial landscape, and which visualises the subjective terrain of citizenry paths. Lascaux was used as the screen printing base and combined found urban materials, dirt, leaves, sand and dust, which were applied using the flocking process. The screen printed layer acts as both a metaphorical and literal representation of human residue which was intended to preserve a greater sense of intimacy and relatability between the work and the audience.