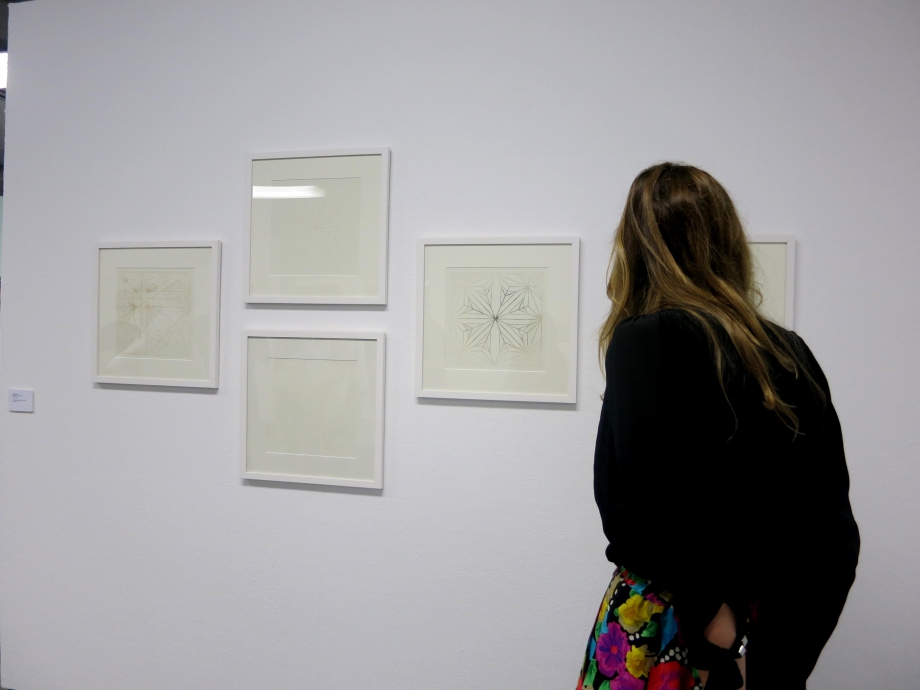 Taking inspiration from Racheal Nee’s Carbon Based Forms series the series metaphorically engages the process of form making with the construction of architecture. In her series Carbon Based Forms Nee draws a parallel between carbon, often called the ‘backbone of life’ and origami. Origami Crease Patterns was an opportunity to be experimental with my choice of materials, using Lascaux as my screen printing base and combining this with the flocking process using non-traditional screen printing materials such as Pink Himalayan rock salt, sand, metal dust, icing sugar and included processes such as tea staining.